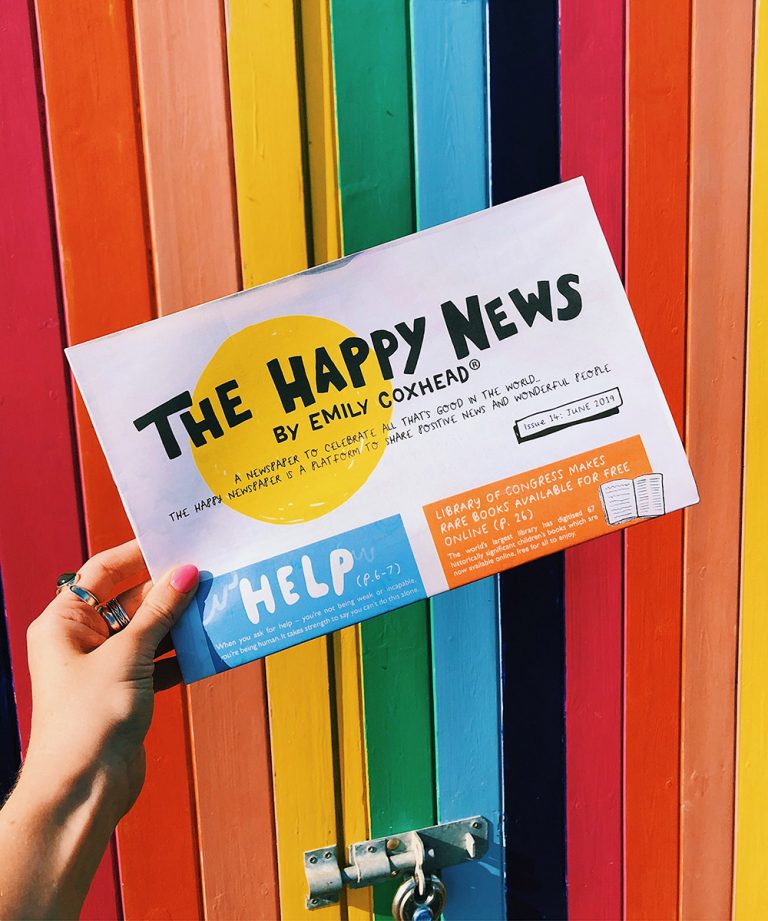 About THE HAPPY NEWSPAPER

The Happy Newspaper celebrates all that’s good in the world; a platform to share positive news and wonderful people. The first issue launched in December 2015 thanks to 73 people who pledged towards a Kickstarter campaign, which ended up reaching the target of £500 in just two days. Since then, The Happy Newspaper has been released quarterly, containing happy news which has been collected over a period of three months.
The newspaper is a 32-page publication organised chronologically, with news articles arranged month by month. Not only is the paper packed with only positive stories from across the globe, it also has an entire section dedicated to our Everyday Heroes. These are people, groups or organisations who YOU have nominated to feature in the paper because they add a little bit of sunshine to the world (or your world).
Each issue is based around a theme and includes various features, poems, showbiz, food and more combined with beautifully colourful illustrations throughout. As you may have noticed, this is not your typical newspaper!

We want to shed some light on this world we’re living in and remind people just how much good stuff happens. We celebrate the Everyday Heroes, the people who don’t expect to be praised for what they do on a day-to-day basis, those who have turned horrific events into a time to be proud of humanity, the people who didn’t help somebody else to go viral on Facebook but because they make us believe this world has the potential to be better. 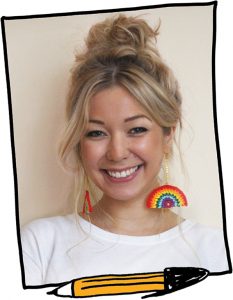 The whole thing began as a very small idea in the whirlwind brain of designer and illustrator Emily Coxhead. At just 22-year-old she began to realise the negative effect that the news was having whilst going through a difficult time herself. The Happy News, along with Emily’s colourful, quirky greeting cards, products and books were all created from Emily’s bedroom in a tiny village in Lancashire. Five years later, Emily continues her mission to ‘sprinkle a tiny bit of happiness all over the planet’ as The Happy News is read by over 20,000 subscribers in 33 different countries each quarter. Emily also enjoys taking photos, making cookies, drinking cups of tea and spending time by the sea.