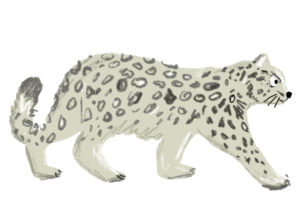 For the first time in 45 years, the snow leopard is no longer considered as an ‘endangered species’; their status has been improved from “endangered” to “vulnerable”. The decision was announced by the International Union for Conservation of Nature (IUCN) – the global standard for assessing extinction risk.

According to The Independent, “to be considered endangered there have to be fewer than 2,500 mature adult snow leopards in the wild, but experts now believe their true number may be around 4,000 with some saying it could be as high as 10,000”. Dr. McCarthy, who was on the IUCN assessment team, said in a statement that the reclassification did not mean “that snow leopards are ‘safe’ or that now is a time to celebrate. The species still faces ‘a high risk of extinction in the wild’ and is likely still declining — just not at the rate previously thought.”