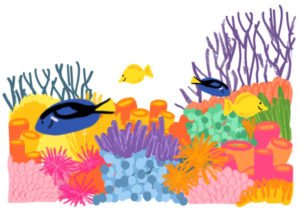 Scientists in Australia have recently announced the success of a project breeding baby coral on the Great Barrier Reef, in a move that could have worldwide significance, potentially restoring damaged ecosystems around the world.

A large amount of coral eggs and sperm were collected from Heron Island’s reef during the coral spawning season last year, which went on to produce more than a million larvae. The larvae were returned to the wild, placed onto damaged reef patches in protective underwater mesh tents. Eight months later, when the scientists returned, they found over 100 juvenile coral had survived and were growing successfully.

The project has the ability to restore damaged coral populations and has seen similar success in the Philippines, where coral has been destroyed by blast fishing.

The lead scientist on the project said his mass larval-restoration approach contrasts with the current “coral gardening” method of breaking up healthy coral and sticking healthy branches on reefs in the hope they will regrow, or growing coral in nurseries before transplantation.

Such efforts to restore coral reefs is necessary amid the accelerating impacts of climate change. The next challenge is to build this into broader scale technology which will make a difference to the Reef as a whole and can then be