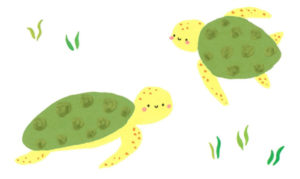 The US Fish and Wildlife Service announced the good news that the turtle species has fared so well they will no longer be considered an endangered species. There are now 2,250 nesting females in Florida alone, up from just a handful in 1978. Dan Ashe, the Fish and Wildlife Service director, said: “While threats remain for green sea turtles globally, the reclassification of green sea turtles in Florida and Mexico shows how ESA-inspired partnerships between the federal agencies, states, NGOs and even countries is making a real difference for some of our planet’s most imperiled species.”